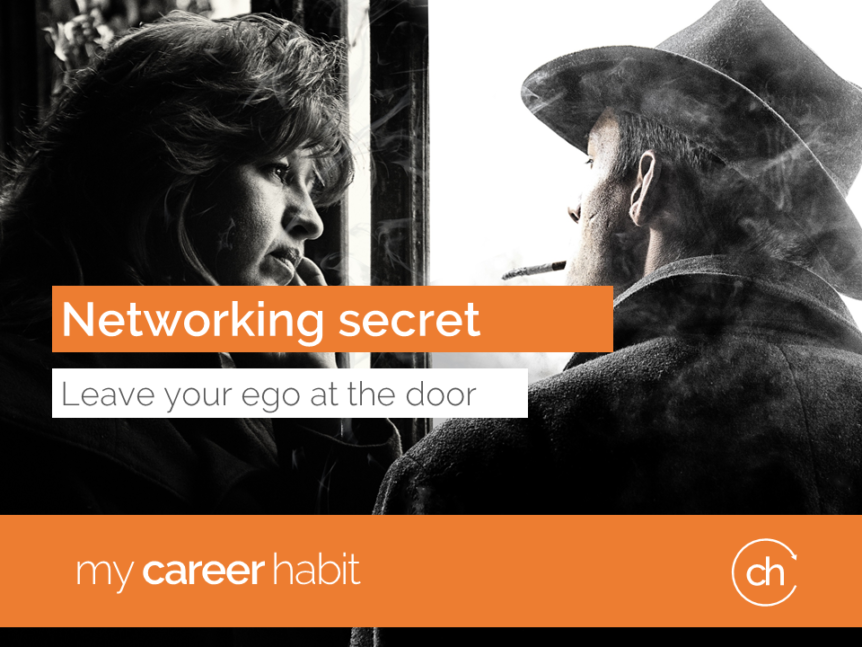 Networking is a skill that helps you with more than just career progression, it is a key skill to getting stuff done at work. The networking secret is to leave your ego at the door. Treat people equally to connect with everyone. Then you will discover how people will be willing to help you.

“In my line of work, having great connections in the internal functions of an organisation means that I can do my job better,”explains Nicole.

Nicole is an executive assistant. Her ability to connect and network across the organisation has set her apart from other EAs.

You need people’s help to get stuff done

In large organisations you need to be able to influence without power. Effectively getting people to do what you want without being able to order them to do it.

Being able to connect with people, to build a relationship so that they want to help you means you can influence them without power.

Networking isn’t just about connecting with people who are more senior than you. Networking as a skill helps you to connect with everyone in an organisation.

“Some of the best networking I have done is with staff who may be considered far more junior than me,” shares Nicole.

“For example, I built amazing relationships with concierge, mail room, copy centre etc when I was at a global consulting firm and I could literally jump the queue anywhere!”

“My bosses loved it and thought I could work miracles.”

Networking secret: Leave your ego at the door

“It was really just because I would chat to the people who ran these functions and was always friendly to them. I got to know more and more about them so they would do me favours all the time,” explains Nicole.

As Nicole neatly summarises, “It’s about creating a personal brand for yourself as an approachable, helpful person.”

Three ways to leave my ego at the door

Treat people as you would like to be treated yourself. Here are three ways you can put the networking secret into practice.

First, be patient and try to understand the challenges they might be facing. Print room teams are inundated by last minute requests from impatient people. If you get things to them early, you are treating them as an equal. If something happens at their end, don’t jump on them, try to understand what went wrong.

Second, build a personal connection with them. Go to the print room and speak to them. Ask their professional opinion about what you are doing. Treat people as an expert rather than just a service provider to do what they are told.

Apply these three ways of treating people and you get the benefits of the networking secret – people being helpful. You will be part of their team and that means you can run late on a deadline.

Remember, networking is a skill that helps you with more than just career progression. The networking secret is to leave your ego at the door. Genuinely connect with people and discover how they will help you like they help Nicole.

Read Dave’s story to learn how networking has given his work more visibility with his manager. 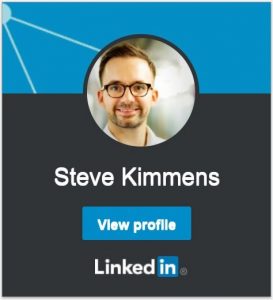