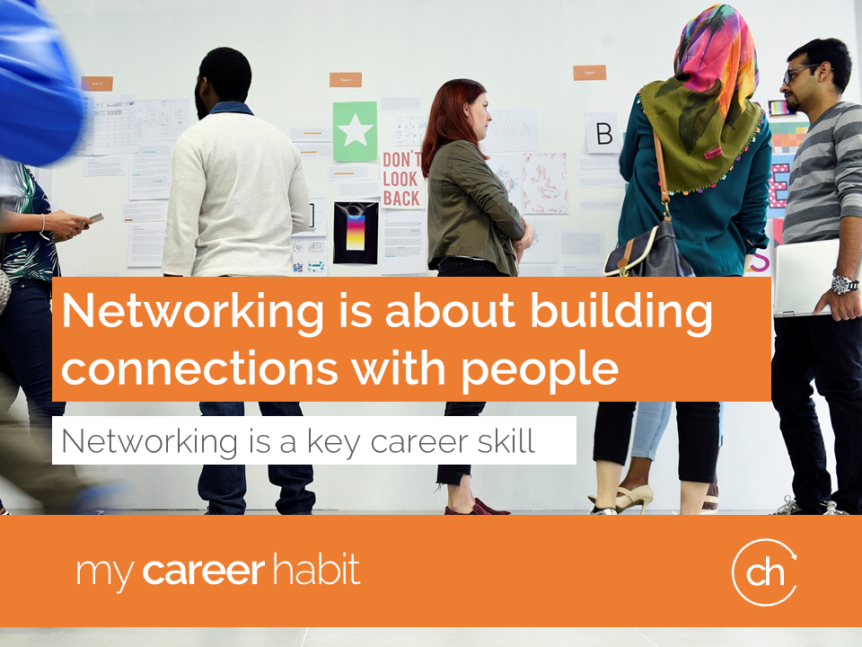 Networking is about building connections with people

Networking is about building connections with people, listening to them and doing what you said you would do.

Unfortunately, networking has become associated with brown nosing and manipulation.

Networking means you talk to people to build connections. People still run the world. People make decisions based on their relationships with other people.

What is holding you back from networking?

If networking is just building connections with other people, what is holding you back?

I think it is the reputation of networking, combined with our attitude to work. If our perspective of networking is that it is fake and manipulative and our view of work is that about being real and tangible, then as a result we don’t want to network. Even just the thought of networking gives us the cold shivers.

Most people believe that work should be judged in its own sake and it shouldn’t be about who you know. Unfortunately the world is big and complex and people are flawed, so who you know helps to make making decisions easier.

Being scared of being judged or rejected by others isn’t unusual. Going out and talking to people seems risky, especially in an awkward cocktail setting where we don’t know anyone. Consequently, a negative view of networking combined with social discomfort means we don’t do it.

The reality is that networking is just talking to people you generally already know. That sounds pretty easy to me.

Reaching out to someone may seem like a big step. Ultimately, people want to help other people. As human beings we love feeling good about helping other people, especially people who are like us.

Finally, we have the effort of overcoming our inertia. Talking to people seems hard. Once you get in the habit of catching-up and connecting with people, it will become second nature.

Change your attitude to networking

I’m sure you have the three essential skills to be a great networker.

The change you need to make is in your attitude to networking.

Furthermore, work isn’t just about work. Your work will not speak for itself. You need to network to make you and your work visible. People are a lot less scary than everyone thinks and, most importantly, people want to help other people.

Read the three essential skills to make networking easy and Dave’s story of how networking has helped him be successful in his new role.